...But Everything Is Going Fine Piloted Commercial Airliners Are Nothing But Drones

One of the worst thing that could happen in aviation is a hijacking situation but worry not, for since decades a hijacking recovery system by the name of "Home Run" has been operational.

Read the words of Andreas Bülow on this particular subject below as published in the german newspaper "Tagesspiegel" on January 13th of 2002.  Mister Bülow served as secretary of state in the German Federal Ministry of Defence (1976-1980) and Minister for Research and Technology (1980-1982) :

"There is also the theory of one British flight engineer: according to this, the steering of the planes was perhaps taken out of the pilots' hands, from outside. The Americans had developed a method in the 1970s, whereby they could rescue hijacked planes by intervening into the computer piloting [automatic pilot system]. This theory says, this technique was abused in this case..."

Not quite so much a theory as might first appear. When I released the above report about "Home Run" remote control in October 2001, I mentioned that one European flag carrier was aware of the technology, though at that precise point in time I thought it prudent not to name the actual airline:

"As long ago as the early nineties, a major European flag carrier acquired the information and was seriously alarmed that one of its own aircraft might be "rescued" by the Americans without its authority. Accordingly, this flag carrier completely stripped the American flight control computers out of its entire fleet, and replaced them with a home grown version. These aircraft are now effectively impregnable to penetration by Home Run, but that is more than can be said for the American aircraft fleet..."

The European flag carrier which completely stripped the American flight computers out of its aircraft was Lufthansa, the German national airline. Bearing in mind his former posts as Secretary of Defence and Minister of Science and Technology, Herr Bülow would have known all about this mammoth but secretive task."

Apparently the hijacking recovery system has been improved and multiple US patents were secured by Boeing since 2003:

The system was integrally installed on Boeing air crafts from 2007 onward known as Boeing Honeywell Uninterruptable Autopilot or BUAP.

Even CNN has reported on it for YOU to KNOW what's going on the next time you board an airplane. Do you take a hint?

This also means that all the new protocols since the German Wings incident with the 'suicidal' pilot are obsolete and solely meant for you to be distracted, fearful and in hope for a 'solution' which once revealed will become a new 'problem'. I mean, once critical mass has come to know about BUAP and how long it already has been in operation the chapter 'the bad guys can now cyber hijack commercial airplanes' will commence.....wait for it.

Funny If It Weren't So TRAGIC

Just to remind ourselves: The US east coast blizzard prediction maps are NOT video footage!...for the simple reason there are most likely no weather satellites to record that in spite of we are TOLD and led to BELIEVE. The imagery that you see as weather forecast is a translation (from numbers to pixels) or modeling of data that comes from WITHIN our atmosphere. I am talking about thermometers, barometers, radar and weather balloons which combined supply sufficient data in order to produce a so called satellite view and thus render ASSUMED video footage from a real orbital 'weather' satellite obsolete.

NASA openly admits to this and it is easy to grasp once you know what to look for. Observe the recent Tweet by NASA and notice the used language in particular:

Our supercomputers @NASA_NCCS crunched the data to show the cloud flow of #Blizzard2016: https://t.co/W7NwdBQbbnhttps://t.co/qHL3pp7Vgk

The text right below the Tweet provided by NASA but not shown in picture above:

First and foremost: the GEOS-5 assimilates ATMOSPHERIC DATA and so NASA tells you that what they show you comes from WITHIN our atmosphere..NOT from some supposed satellite!!!

Furthermore: Global MODELING and assimilation office; Supercomputations by NASA's supercomputers had to be made in order to PROVIDE an image because it wasn't an image from the start like in the case of an actual photo or video. It's a composite, a model, an illustration, an assimilation of data indeed....so why need a satellite then?..Go figure!

NASA's GEOS-5 provides a 'satellite view', as in: as if it were filmed by a satellite.

Learn to read between the lines, to dissect text like a lawyer, to read the fine print even when it isn't provided because words do have meaning.

Planet X 'Found' After All

Ushering in Planet X by re-branding it Planet 9. Notice how the pictures provided in both articles are nothing more than artistic renderings which is typical for space agency 'photos'. On top of that are the titles of articles linked below a clue that it is not certain at all that this Planet 9 would be real.

The first title is: 'Ninth Planet' MAY exist in solar system: US scientists. May?! Define may:

may1
meɪ/
verb
modal verb: may

How about DOES exist if it is so certain.

Does the alleged existence of Planet 9 has your approval? In 'science' one would expect a term like irrefutable or absolute, don't you think?

The Art Of Shillage aka 'Astroturf', A Form Of PSYOP

Your mind is being manipulated on a daily basis in the most sneaky ways with confusion as result which is a perfect way to divide people and cause war, which actually MEANS confusion in old German. How to circumvent the oceans of bullshit? Simply search for and only accept THE truth where confusion can't exist by definition for it is absolute and singular. OR you can be satisfied with worldly misery selling/telling yourself it is all relative, part of life, human nature, that it will always be like that, etc etc.

PS I am well aware that TEDx is astroturf too, therfore detest it,  and thus ironic I use a TEDx to explain how it is corrupt.

Can You Afford To Buy Another Lie?

More Audio-Visual Cosmic Fakery To Prep Your Mind For The Big News..

Yeah, yeah, yeah..and the moon attracts oceans (but not lakes) but at same 'time' the earth can't attract the moon, how does that even make any sense?

If you agree to the terms and conditions of so called scientists you are bound by the laws that science presupposes. Mind you that in the definition of presupposition there is 'uncertainty' for it is a belief of some sort. Study basic contract law to grasp how your thoughts/speech relates to matter; how agreement is analogues to signing a contract. 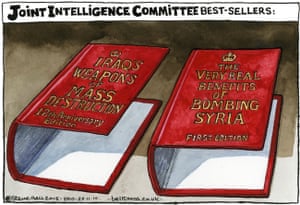